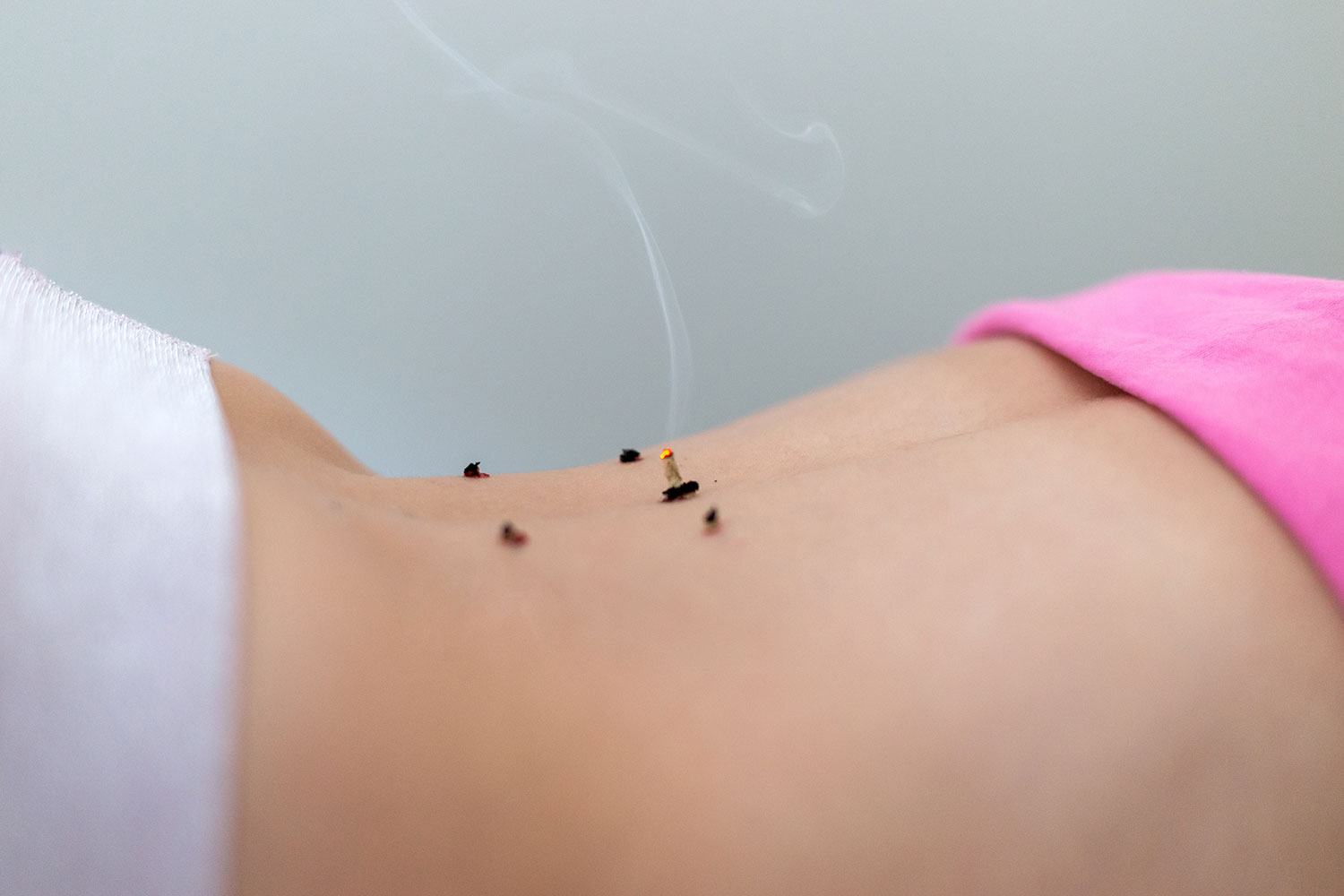 Moxibustion is best known as a treatment for breech presentation in pregnancy (malposition of the fetus) and works by warming targeted acupoints on the body by directly or indirectly burning a herb called mugwort (or Moxa) on them.

The type of moxa that you can see in the image here is called thread moxa and is the type of moxibustion most often used in our clinic. It is used to emphasise carefully chosen acupuncture points.

There are other types of moxa that are used to warm much larger areas such as needle moxa (where the moxa is places on the metal handle of an acupuncture needle), and the moxa stick (a large, cigar-like stick)

Moxibustion helps to relieve pain, increase energy levels, to reduce fatigue, and to calm stress and anxiety. It can also be used as an alternative to acupuncture treatment for those who are uncomfortable with needles.